Douglas Carswell MP argues that the front benches of Parliament are dominated by politicians more concerned about presentation than principle.

[one_half]The longer I have been in Parliament, the more I realise that those on either front bench actually have rather a lot in common.

I don’t just mean that they did similar degrees at similar Oxbridge colleges. Or that they then went on to work as “special advisers”, before being selected in equally safe seats.

They also seemed to do all that at around the same time.

Those on both front benches seemed to learn their craft during the Blair ascendency, a time when politics was all about presentation, not principle. The most successful politicians of that era – Bill Clinton, Tony Blair, Gerhard Schröder – boasted about doing “what works”. Having an underlying system of beliefs was seen as an encumberance, not an asset. It was – the ultimate dirty word – “ideological”.

Yet look at some of the mess we Conservatives have got into precisely because we parted with principle.

Without any underlying system of beliefs about economics, the (post-monetarist) Tory frontbench bought into the idea that the financial boom meant a permanent addition to the UK tax base.

So instead of calling for tax cuts (“Old fashioned”. “So 1980s!”), we started to talk about “sharing the proceeds of growth”. So when the Brownian boom went bust, we had almost nothing to say – a key reason, I suspect, why we failed to win the last election.

It has been a similar story with energy policy.

In the early Noughties, Labour bought into the whole “green energy” agenda. Since burning fossil fuels is easily the cheapest way of producing energy, in order to reduce CO2 emissions, the Labour government had to radically reconfigure the energy market. Instead of being free(ish), with producers generating electricity at the cheapest price punters were willing to pay, energy companies were required to generate according to quotas. 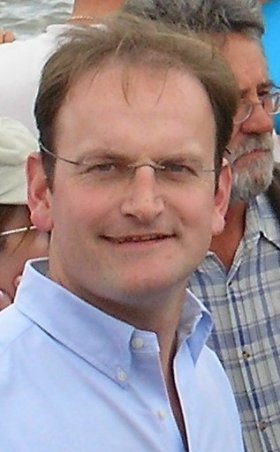 Again, we ditched our free market principles and went along with it. Modernisers, eh.

Now that the consequences of what Ed Miliband and co did when in office are coming home – with some householders priced out of being able to heat theirs – what do we have to say?

And then there is press regulation. Yet again, the Conservative front bench has opted to do what is expedient, rather than what is principled. And yet again, in doing so we have harmed our long term strategic interest.

Rather than risk a Commons defeat (there is almost certainly a majority in the House in favour of statutory press regulation), the Conservative front bench opted for a Royal Charter. “A half-way compromise, you see”. “Not really statutory at all, old boy”. Clever, eh?

Too clever, actually. Had a Labour/Lib Dem majority forced statutory press regulation through, in the face of principled Conservative opposition, we would go into the 2015 with almost every newspaper in the land willing on a Conservative victory.

Once again, tactical clever-dickery has overridden any strategic sense. May be principle-free politics isn’t such a good idea after all?[/one_half_last]

Douglas Carswell is the MP for Clacton. He was first elected to Parliament in 2005 by a slender 920 votes. He was returned as MP for Clacton in 2010 with a 12,000 majority. He read history at the University of East Anglia and King’s College, London. This post originally appeared on Douglas’ blog TalkCarswell.com.

One thought on “Too many clever-dicks in Westminster”