Jack Ashton, a first year student studying Culture, Literature and Politics decided to do something different for “Do Different Week”. He took some classes in Public Speaking. Then he entered our Public Speaking competition (which we organised as part of World Speech Day). It was judged by an expert from the Norwich Speakers Club and by the organisers of TEDx Norwich. The prize? A coveted slot at the TEDx Norwich Conference. Here, Jack explains what happened next. You can then watch his talk

If you were to have told pre-university me that less than 6 months after joining UEA I would be delivering a ‘TEDx’ talk about my own mental health (to 400 people I’d never met before), I ‘d probably have told you ‘I won’t be coming to UEA’. But, lo and behold, that’s what I did – and with an air of confidence about me. Don’t get me wrong – I was shitting myself. But I’ve learned that part of the skill of public speaking is being able to hide that.

Before coming to UEA my public speaking experienced was limited. And my few appearances were marred by an unattractive combination of stuttering, poor body posture and mumbling. During my short time at UEA this has begun to change. Thanks to help from the staff in PPL and HUM, especially Beth Van-Derks, I have managed to develop my public speaking skills to a more than respectable degree. I’ve been taught about the syntax of my sentences, my body posture, the tone of my voice, and the use of visual aids. And when I stepped off that stage at TEDx my former self was unrecognisable.

For those of you who haven’t had a chance to see it, which I’m presuming is most of you reading this, the talk was about something very personal to me. That made it that all the more important that I do the topic justice. Because the room was full of teachers and others who work with young people, I thought I’d appeal to them as a young person. I reeled them in with some cheap ‘you’ve-got-to-laugh-because-that-was-so-unfunny’ jokes. And that allowed me to get to the crux of my talk: suicide rates among young men.

It sounds really depressing. That’s because, literally, it is. But it matters to me a lot. It’s something that’s affected me personally in the past, and that will affect many other young men in the future. Yet it’s not spoken about. I thought that maybe I could influence a handful of the members of the audience to inspire their students – to help them to free themselves from stereotypes of masculine resilience, to leave apathy behind, to do what makes them happy and to be more comfortable in their real selves. I would have been pleased to get through to five or six people. If those five or six taught thirty kids each that’s 150 kids reached. This was my goal. It turned out that I chronically underestimated my abilities. 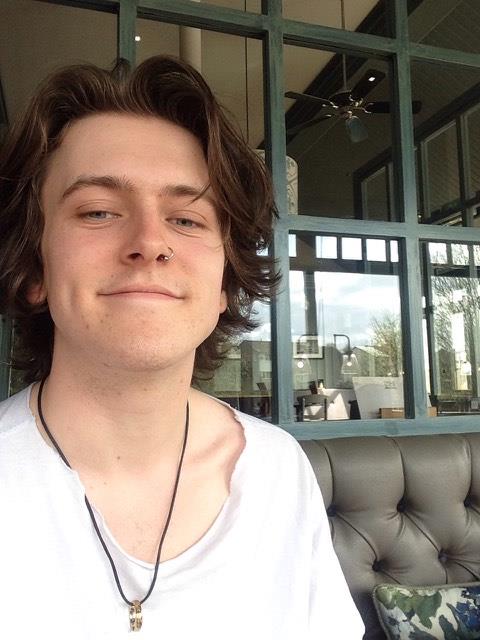 In the breaks between talks some 50-100 people congratulated me on my speech, told me they’d taken it on board and asked for more information. I received offers to speak to sixth-formers at schools all over Norwich, as well as youth rehabilitation schemes and local radio stations.

Smug doesn’t quite cut it.

At the time I looked at this from a narcissistic point of view of – as boosting my own ego – because, I am at heart proudly a narcissist. But leaving the talk to go home I realised that I now have the chance to get through to hundreds of people over the next few months. I’m terrified of the pressure. But, when I was a kid in school, I didn’t have anyone come speak to me about things like masculinity and mental health – and that’s why mine went down the drain. The thought that I can at least give a couple kids another view on life is extremely satisfying.

I imagine I’ll still feel that terror in the pit of my stomach when I do more speaking. It was made easier at ‘TEDx’ because all I could see was the occasional face gleaming at me and the lights reflecting off every bald person’s head in the room. I’m not going to have that again. But that’s not gonna stop me.

For those of you considering public speaking, give it a shot. It’s seriously satisfying and it’s great for confidence building. It translates into a hell of a lot of social skills that you don’t think about: arguing with people, getting your own way in group projects, convincing people to buy you another drink, cheering people up, generally having a good time, talking to girls etc. Well, I still can’t talk to girls. But baby steps y’know?

I am by no means above shameless self promotion – so feel free to check out my talk below. It’s called An Overdose of Apathy.

Jack Ashton is a studying for a BA in Culture, Literature and Politics at The University of East Anglia. In March of 2017 he was awarded ‘best newcomer’ at TEDx Norwich.