Elections for the Police and Crime Commissioners were first held in 2012  in England and Wales.  The elections were undermined, critics argued, by low voter turnout.  UEA student Sophie Hill looks at how turnout could be improved in the future.

The voter turnout in the first Police and Crime Commissioner elections in 2012 of 15.1% was ‘the lowest ever recorded turnout for a national election’. Critics have argued that this low level of voter turnout calls into question the legitimacy and electoral mandate of those PCCs elected. But what can realistically be done to increase turnout at the next elections in 2016? 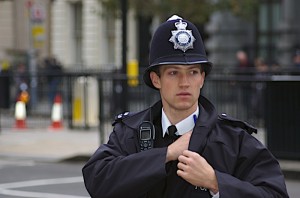 Who are Police and Crime Commissioners and why are they important?

The Police and Social Responsibility Act 2011 legislated for the replacement of police authorities in England and Wales with 41 directly elected Police and Crime Commissioners.  Police and Crime Commissioners are powerful individuals and their functions are similar to those of the police authorities they replaced: they appoint and if necessary remove, the chief constable; they set the budget and the council tax precept; and set local policing priorities. The historic low voter turnout of 15.1% at the 2012 PCC elections calls into question the legitimacy and mandate of these powerful officials and has serious implications for how accountable these figures are to the public.

Should something be done to increase turnout?

Both the Home Secretary, and the Prime Minister, have attributed the low voter turnout in the PCCs elections to the fact that “it takes time to explain a new post” and expect turnout to be “much higher next time round”.  This argument is supported by the fact ‘in areas that have held more than one election for a directly elected Mayor the turnout second time around has generally been higher than it had been for the first election’.  However, as the graph below highlights, turnout at the 2012 PCC elections was ‘markedly lower when compared with levels of participation at the first elections for other institutions’.  This suggests that lower turnout levels cannot simply be attributed to the fact this was the first election for this new institution.

What can be done to increase voter turnout next time around

1. Hold the next PCC elections on the same day as local government elections

The turnout in the 2012 local government elections of 31.1% is significantly higher than the 15.1% turnout achieved at the PCC elections in 2012. If the 2016 PCC elections reached this level of turnout it would represent an increase of over 100%. Thus the PCC and local authority elections should be combined in order to increase the turnout level of the former to the level of the latter.

The research of leading political scientists informs us that the probability an individual voter will cast a ballot in an election can be ascertained by a calculation of the costs and benefits of voting; the lower the costs the more likely people are to vote. Thus, combining these elections will result in increased turnout because the cost of voting in PCC to those already voting in local government elections‘ would be practically zero, as they would already be physically turning up at the polling station to vote.

There is also empirical evidence that highlights combining polls increases turnout. Rallings and Thrasher have noted that ‘previous studies suggest that once electors have been persuaded to cast a ballot’ ‘they tend to vote in each available election’, citing the 1997 and 2001 general elections, which were combined with local elections in parts of England, as examples. In addition, their analysis of the 2004 European Parliament elections which coincided with local elections in many parts of England, demonstrated that ‘having local in addition to European elections made an independent and significant contribution to the level of electoral participation’.

This recommendation is presented with an awareness of the fact that currently the next PCC elections are scheduled to be held on the same day as many local authority elections. This was the intention for the first PCC elections but this did not materialise, this should not be the case in 2016.

Lack of information about the PCC elections and the candidates standing has repeatedly been asserted as the main cause of non-voting. 45% of respondents to a Populus poll stated that the reason they did not vote was because they ‘didn’t have enough information about the candidate to make a decision’. An ICM poll found that 37% of people identified lack of awareness as their primary reason for not voting.

On the basis of this evidence increasing voter information is crucial to improving voter turnout at the next PCC elections. In order to do this, the Government ‘should amend paragraph 52 and Schedule 8 to the Police and Crime Commissioner Elections Order 2012 to ensure that electors are sent printed information about the candidates standing for election as PCC in their force area’.

In order to prevent the next PCC election from producing another historic level of low voter turnout, action needs to be taken.  Two realistic steps the government can take to address low voter turnout are combining the next PCC elections with local government elections and providing funding so a booklet with election addresses from each PCC candidate along with information about the election itself is sent to every household in the relevant police area.

Sophie Hill is a UEA undergraduate student studying for a BA Politics degree in PSI. She took the The Politics of Elections and Electoral Malpractice module in her third year of study run by Toby James.