Dr. Adam Steinhouse argues that Britain has been able to achieve many policy goals and exert much influence in the EU.  He will speak as part of the European Form Lecture Series at UEA, 5pm on 14th March 2014. 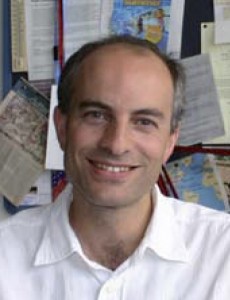 In the United Kingdom the talk is still of a referendum on continued membership of the European Union.  So if the UK were to leave, what would the EU miss?  In Monty Python’s Life of Brian, the question of ‘what have the Romans ever done for us?’ is answered thus: “apart from the sanitation, the medicine, education, wine, public order, irrigation, roads, a fresh water system, and public health…”  Is the list of British accomplishments in the EU as long as that of the Romans in ancient Judea?

The British can claim many successes in EU policy over the years, from helping to launch the single market in the 1980s to enhanced policing cooperation and serious attention to climate change, more recently.  The story of the single market is instructive:  Lord Cockfield, British vice president of the European Commission produced in June 1985 a white paper listing nearly 300 barriers, ranging from technical standards and health regulations to public procurement, which needed to be abolished if a genuine single market were to be created; he also set down an action plan and a timetable for removing these barriers.  This combined attention to proposals and outcomes can be seen in many other areas, such as EU trade deals, EU Common Security and Defence Policy and EU enlargement, where the British play leading roles.  It is debatable, for example, whether the EU would have expanded in the past twenty years to such an extent and so quickly without UK influence.

It is especially in foreign policy where the British have made an impact.  The UK, in particular, has ensured that the EU has mobilised the different external action tools available to deliver objectives agreed by all Member States:  EU-wide levers of influence, such as aid instruments, trade access and sanctions, are deployed in a way which reflects the foreign policy agreements reached by consensus in the Foreign Affairs Council, and are meant to deliver real impact on the ground, in countries such as Burma and Somalia.  The British government has realised UK objectives in the added value of EU common action on Iranian nuclear policy, Kosovo-Serbia reconciliation and the eventual framing of post-Millennium Development Goals.  In its report of 19 March 2013, the House of Lords European Union Select Committee noted many opportunities in the European External Action Service for the UK to take a lead in developing European policy.

However, the UK influence in Brussels is not truly revealed in a list of policies; rather it is shown above all in the manner in which such influence has been exerted.  After all, the UK has often been in a minority of one in contesting EU directives, but has often won its case.  How has this been possible?  The answer lies in a combination of effective coordination among all UK actors and highly-developed lobbying and briefing skills.

Coordination means that once a position has been decided by ministers UK officials in many different ministries set about understanding and influencing every other member state, the Commission, the European Parliament and other players:  they alert their counterparts about the UK position, collect evidence about the others’ intentions, and relay this evidence immediately to a long list of copy recipients within and outside the administration, in a consultation orchestrated by the Cabinet Office European and Global Issues Secretariat.  Last year, the UK Treasury and Foreign and Commonwealth Office organised like-minded meetings with German, Danish, Dutch and Swedish counterparts in the negotiation of the 2014-2020 multiannual financial framework.  In 2012, the Cabinet Office and the Department for Business, Innovation and Skills identified the position of every other member state in lobbying against the European Commission “Buy European” proposal on access of third-country goods and services to the EU internal market in public procurement.

Lobbying and briefing means writing a strategy with details of who will be contacted and when:  it is an action plan requiring good project management skills.  The briefing, usually just one or two pages, is focused on the UK objectives for the most important aspects of the proposed legislation and follows the STARS model:  short, targeted, accurate, relevant, structured.  For instance, the one-page briefing for UK Members of the European Parliament on the EU services directive of 2006 on cross-border competition highlighted three key issues for the UK government and the reasons to support the text.  These briefs are widely circulated within the EU institutions on account of their precise focus and relevance.

My team at the UK National School of Government once interviewed senior EU players and asked them to describe the British approach in Brussels.  The most common adjective used was “ruthless”, which has a different connotation than its French translation “impitoyable” — what they meant was the single-minded and clear pursuit of British objectives by all British officials and lobbyists.  This strategy does not endear them to other Europeans but it is effective, even at times winning the argument against 27 other Member States, who are rarely united.

Nigel Lawson, chancellor of the exchequer under Margaret Thatcher from 1983 to 1989, wrote in early May 2013 that he would vote for a “Brexit” in an in-out EU referendum because the UK is becoming increasingly marginalised and is doomed to being consistently outvoted by the eurozone bloc of now 18 member states.  But this analysis ignores repeated occasions when the British have succeeded against the odds, in part owing to the divisions among the other countries, but mainly owing to British tactics.  For example, British objections have often been taken into account at the drafting stage by the European Commission.  It is true, however, that the British have become more isolated recently, in evidence to all in December 2011, when David Cameron refused to accept the EU Banking Union.

The British say that you must get your ducks in a row, meaning that you must be organised and ensure that all persons work towards the exact same goal.  To understand the European Union, one must be aware of how to influence the institutional process in a systematic and effective manner.  Just like Roman irrigation, this British legacy is destined to endure.

Dr Adam Steinhouse is an international EU consultant and affiliated professor at the National School of Public Administration (ÉNAP) in Montreal.  He was formerly Head of the School of European Studies at the UK National School of Government and taught European Politics at the universities of Oxford, Cambridge and the LSE, and was a commentator for the BBC and CNN on European and North American affairs.  His book, Workers’ Participation in Post-Liberation France, was published by Lexington Books.  Born in Canada, Adam graduated with a BA from Harvard University and a DPhil from Oxford University.