Dr Michael Skey argues that the immigration debate is about more than jobs and taxes; it is about the small everyday changes that people feel are undermining their sense of belonging. It should not be left to UKIP alone to speak on these issues.

And so it goes on. The seemingly endless debate about immigration continues apace fuelled by data from the latest BSA survey which shows that over three-quarters of the British population now want immigration cut, with around a half wanting it cut by ‘a lot’. Time for news editors to wheel out, on the one hand, the arguments about the contribution that migrants make, in terms of the taxes they pay, the jobs they create and the crap, yet necessary, work they undertake that nobody else will do, and, on the other, the jobs, benefits and housing they take. See, it’s still all about the economy, stupid, only in this case it isn’t. 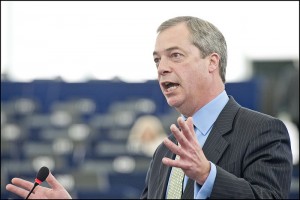 Whatever else one may think of Nigel Farage, leader of UK Independence Party, the point he made recently concerning the ‘social’ impact of immigration needs to be addressed. And by addressed, I don’t mean that his, often ludicrous, views are unconditionally supported but this broader point is raised, considered and debated in a clear and thoughtful manner. For while the debate around immigration continues to be dominated by economic considerations, which, do of course matter, much of the research (Mann & Fenton, 2009, Skey, 2010, Garner, 2010, Mann, 2011, Leddy-Owen, 2012, Kenny, 2012) on people’s attitudes towards immigration shows that they are primarily concerned about social issues and, in particular, how everyday environments are changing in ways that they find problematic.

For instance, many people I spoke to were generally quite willing to acknowledge the contribution that migrants made to the economy, with the exception of those who worked in industries where they were in direct competition with more recent arrivals, the building trade being the most obvious example. They also raised concerns about public services, taking part in lively debates about whether Britain was a ‘soft touch’ and who should be entitled to jobs, housing and so on. By far and away the biggest issues for them, however, was the changing face of British society and how they no longer felt ‘at home’ in what they considered to be ‘their’ country.

The problem with addressing these debates openly and seriously is two-fold. First, it’s much harder to quantify these issues when compared with jobs or housing or benefits, which can be defined, however imperfectly, in numerical or monetary terms. Second, is the fact that they revolve around questions of belonging, which have been, and continue to be, defined in terms of race.

There is no doubt that hierarchies of belonging (which people are seen to belong more than others) in Britain, are still partly predicated on racial differences. Members of the white ethnic majority continue to position themselves as the group that belongs without question and, therefore, claim to be the ‘natural’ arbiters of national territory and culture. Likewise, ethnic minorities continue to suffer from high levels of exclusion and opprobrium when dealing with, or confronted by, established British institutions; education system, media, police, parliament, courts and so on.

However, as the BBC political editor, Nick Robinson, argued only this week, the terms of the debate around immigration are changing because it can no longer be defined as a simple issue of black and white due to the recent influx of migrants from Eastern Europe. That is, the distinction between non-whites as the interlopers, whites as the hosts is beginning to unravel. Furthermore, attitudes among both ethnic majority and minority Briton’s are also shifting. In the former case, younger generations, in particular, are much more tolerant of ethnic diversity and more willing to recognise non-whites as British. In the latter case, there is growing anecdotal evidence that second and third generation ethnic minorities are increasingly willing to assert their own sense of belonging, and entitlement, in relation to more recent arrivals. In other words, they increasingly view Britain as ‘their’ country and, as a result, lay claim to the benefits (economic and social) that flow from this.

Acknowledging these hierarchies of belonging and the way they shift over time is, of course, vital. However, what also needs to be taken into account when addressing these wider debates is the fact that they point to the continuing relevance of nationhood to people’s sense of self, community and place in an era where the nation has been dismissed as an anachronism by many. After all, immigration can only be defined as a problem if you place some sort of value on a world defined in terms of identifiable territories. Without (national) borders, migration isn’t an issue. This might seem rather obvious but it then begs the question, why are so many people getting so worked up about the breaching of these borders? For those living in the more democratic and more prosperous parts of this world, this is partly about maintaining access to benefits that the majority of humanity does not enjoy. But, just as importantly, it’s also about ensuring that the place that offers a key sense of belonging, in an increasingly complex and sometimes threatening world, remains familiar, secure, comfortable and homely.

In relation to this second issue it’s worth noting that when people discuss these issues, they often use everyday examples culled from local settings – hearing foreign voices in the supermarket, signs in languages other than English, shops largely catering to migrant groups, unfamiliar dress and religious observance. These instances are rarely defined, however, as a challenge to the neighbourhood, the village, the city or the region. Instead, they are seen to be, and often passionately discussed, as a threat to the nation. Therefore it is the nation that is understood as the salient reference point when making sense of these issues.

This isn’t to argue that nations are the panacea to all humanity’s ills. Similarly, there are numerous ways in which people define who they are and build connections, and identify, with others. The key challenge for those who would like to see a move beyond national forms of allegiance and organisation is that the most obvious alternatives tend to appeal to relatively small numbers. Take Europe for example. Those who want to see the development of an integrated European entity can point to the fact that Europe is becoming an increasingly significant presence in people’s everyday lives, whether through the actions of political institutions, increased interactions between some of its population, shared cultural activities (food, sport, tourism) and that increasing numbers do define themselves as European. The problem is, though, that these people remain a pretty narrow sub-set of the population so that it remains for substantial numbers a top-down imposition that has little democratic legitimacy.

In short, then, the nation matters not only because it is used to define, and justify, who gets what in terms of material benefits, notably those provided by the state. It matters because it provides significant numbers with an important sense of who they are, where they belong and what they have in common with people around them. And, while, this may sound rather wishy-washy compared with jobs and houses and healthcare, this ‘need to belong’ is also fundamental to our wellbeing. Again, to reiterate, this view should not be seen as a form of advocacy for UKIP or any other group that argues for anti-immigration measures. But dismissing people’s concerns around immigration and the sometimes profound changes they are witnessing in their everyday lives doesn’t get us very far in building constructive polices or engaging them in the democratic process. This is a particular issue for those on the centre-left who have tended to use immigration as a big stick with which to beat people, rather than thinking more seriously about what these broader anxieties are telling us about the way people view the world and their place in it.

Michael Skey is Lecturer in Media and Culture at the University of East Anglia.  His research interests are in the areas of national identity and globalisation, discourse theory, media events and everyday life. He has published work on mass rituals, ethnic majorities, theories of nationalism and cosmopolitan identities and his monograph, entitled ‘National Belonging and Everyday Life‘ (published in 2011 by Palgrave) was joint winner of the 2012 BSA/Phillip Abrams Memorial Prize.