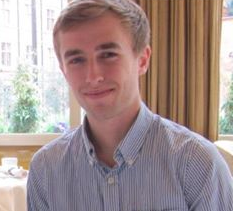 Oliver Watson was one of six PSI students who undertook placements during the Summer of 2013. He reflects on how the placement helped him think about his future career plans.

My time at the Cabinet Office was a fascinating experience in which I was able to see the role of one of the many different teams within the Civil Service.

Whilst I was with the Mutuals Programme, I was tasked with creating an interactive map of Suppliers who had registered an interest in opportunities available through the Mutuals Programme in order to provide a clear and concise picture of which Suppliers were regularly bidding for opportunities and, where in England they were based. I was also tasked with presenting my findings and suggesting possible activities on future engagement with Suppliers. I was pleased that the work I had completed would be used by the Mutuals team to help inform future engagement activities. I had the opportunity to meet those who were benefiting from the Mutuals support and hearing about what support they were receiving and how they appreciated it – this was a particular highlight for me. I also enjoyed visiting Whitehall, where I was able to gain a valuable insight into the Civil Service and how they operate. Moreover, I was able to meet two ministers, which for me was fantastic.

Overall, this scheme has helped me decide the career path I would like to take in the future because of the help and guidance I was given, as well as the many different civil servants who spoke about their role in the Civil Service. I especially found meeting with the Chief Operating Office for the Cabinet Office, Stephen Kelly helpful, as he inspired me to work to the best of my ability.

I would like to thank the Cabinet Office for this opportunity, as it was a valuable experience and I would recommend it to other students who are thinking of applying for it in the future.

Background to the team: The Mutual’s Programme team promotes the use of alternative models across the wider public sector and provides support to services that spin-out as employee controlled businesses. A public service mutual is an organisation which has left the public sector but continues to deliver public services – Mutuals are organisations in which employee control plays a significant role in their operation.